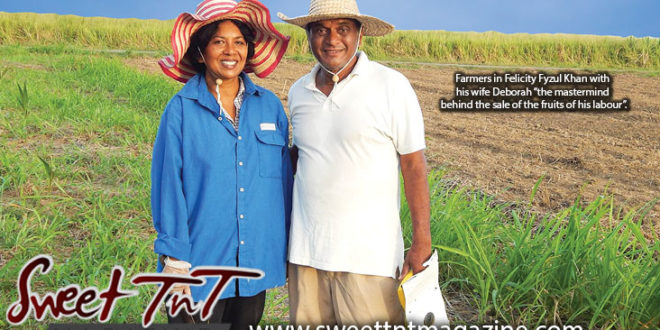 Dad and Mom, farming in Felicity 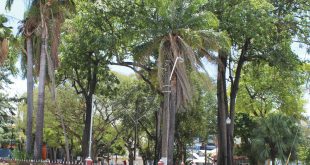 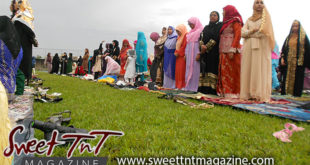 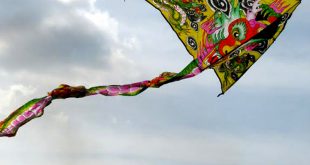 By Candida Khan. After retiring at 60 years of age, my dad Fyzul Khan shifted gears into the farming industry twisting road of life. He started off small, using hydroponics and planting small plants such as lettuce and tomatoes in the backyard.

Eventually, he branched off and started his own garden. He now grows crops such as pak choi, peas, corn, cucumber, eggplant, tomato and pumpkin. He has always been a hard worker.

He was the manager of a gas company and after having such a stressful lifestyle in health and safety, life as a farmer has brought him much more joy. When crops grow, you can see the pure happiness on his face. He likes to see his hard work pay off.

HEIRLOOM. Rich heirloom flavor and ready in only 8 weeks. Sensational general use fruits have a rich heirloom flavor and a deep red color, inside and out. If its hard for you to wait for ordinary tomatoes to ripen, try these. In less than 8 weeks, they’re ready to enjoy… and enjoy you will. Plants will yield five to nine 3-4 oz. fruits per cluster. Plants require staking and will produce until frost. Indeterminate.

Farming is not easy

Tending to crops is not an easy task and there were many times when he wanted to give up. Obstacles include crops drying out, persons stealing produce or the time-consuming and troublesome task of selling the products. In the beginning, it was very difficult to get crops to grow. Every plant that he painstakingly planted was drying out in the heat. The Dry Season does not make farming easy.

After a while, Dad went to the land more often and eventually worked out a solution by pumping water from a nearby source. With this change and his investment of time and effort on the land, crops started to grow. There was then an abundance of pumpkin.

Selling them was the next tricky part. My mother Deborah Khan was the mastermind behind the sale of the fruits of his labour. The first crops produced were given away to neighbours, friends and families. We are all thankful for the wonderful products of my dad’s hard work.

Never give up. Keep working towards your goals. Hard work will pay off if you just believe!

There is a noisy bird in my dad’s garden. The Southern Lapwing is a territorial, ground nesting, brown bird with long legs that is very common in Trinidad and Tobago.

She was happy to choose my dad’s land to build her nest. Little did Dad know that it meant the garden belonged to her and her mate now.

Dad left them alone and tried to avoid going in that area of the garden while he tended to his crops. The bird had her eggs and started being more protective of her garden.

Every time Dad went to the garden, she would make loud noises and the male bird would come and circle close by. In some instances, they will come very close to Dad. He eventually started talking to them, trying to make peace! He would say, “Alright, I’m not coming by you, just want to water my plants,” or, “Okay, okay I’m leaving just now.”

They were friends on odd days, but most of the time, Dad would be seen as the intruder. After her eggs hatched, they moved to other land, but the male bird still circles now and again to say, “Hi,” and the mother brings her babies sometimes. She had three baby birds.

In the end, they became friends.

Grow your own paw paw or papaya

Keep insects away with these plants 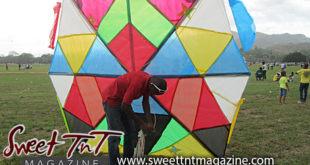 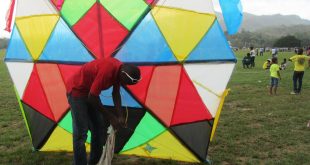