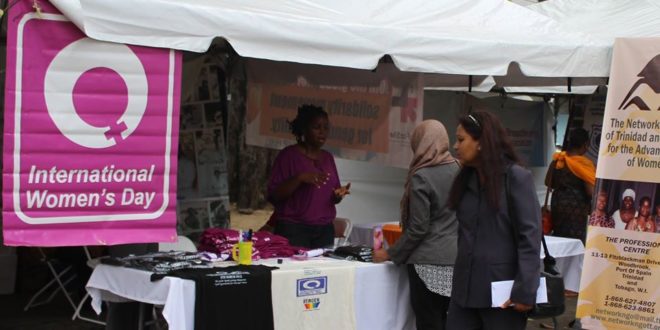 International Women’s Day (IWD) is celebrated on the 8th of March every year.[3] It is a focal point in the movement for women’s rights.

After the Socialist Party of America organized a Women’s Day in New York City on February 28, 1909, German revolutionary Clara Zetkin proposed at the 1910 International Socialist Woman’s Conference that 8 March be honored as a day annually in memory of working women.[4][5] The day has been celebrated as International Women’s Day or International Working Women’s Day ever since.[4] After women gained suffrage in Soviet Russia in 1917, March 8 became a national holiday there. The day was then predominantly celebrated by the socialist movement and communist countries until it was adopted by the feminist movement in about 1967. The United Nations began celebrating the day in 1975.[6]

Commemoration of International Women’s Day today ranges from being a public holiday in some countries to being largely ignored elsewhere.[7] In some places, it is a day of protest; in others, it is a day that celebrates womanhood.[8]

Fish broth a remedy for almost anything – Sweet TnT Magazine

By Marissa Armoogam. Growing up I can clearly recall the fun my siblings and I had at each family gathering and event, be it a wedding, birthday or just a Trini day lime. As you all may know EVERY Trinbagonian event is usually accompanied by some extremely tantalising and delicious food like fish broth one of my favourite dishes.