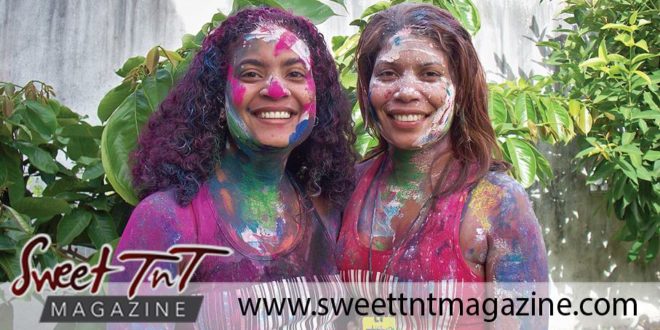 Icacos at the end of Trinidad – Sweet TnT Magazine

By Marika Mohammed. It’s a whole day thing if you’re starting from the north and driving to the end of Trinidad to Icacos. There are a lot of beaches so you may want to try a stop and go method. There isn’t any malls, movie centres, or restaurants.

Historians say they believe the first “modern” Caribbean Carnival originated in Trinidad and Tobago in the late 18th century when a flood of French settlers brought the Fat Tuesday masquerade party tradition with them to the island, although Fat Tuesday celebrations were almost certainly taking place at least a century before that.

By the beginning of the 18th century, there were already a large number of free blacks in Trinidad mixed with French immigrants, earlier Spanish settlers, and British nationals (the island came under British control in 1797). This resulted in Carnival’s transformation from an implanted European celebration to a more heterogeneous cultural froth that included traditions from all ethnic groups. With the end of slavery in 1834, the now completely free populace could outwardly celebrate their native culture and their emancipation through dress, music, and dancing.

Carnival in Trinidad and Tobago is celebrated before the commencement of the Lenten season. From 1783 for half a century, the French developed their Carnival , which was noted to be a season of gay and elegant festivities extending from Christmas to Ash Wednesday. These festivities consisted of dinners, balls, concerts and hunting parties.

The Africans started to participate in the festivities from 1833 after the Emancipation Bill was passed. The Africans brought Canboulay to its festivities. Canboulay was first played on August 1st, Emancipation Day , but subsequently took place after midnight on Dimanche Gras, the Sunday before Carnival.

In early celebration of the festival by the masses activities were held over the three days preceding Ash Wednesday. However in the face of over 60 years of criticism from the upper class about the low standard of Carnival and strong feelings expressed about the desecration of the Sabbath, in 1943 Carnival on the street was restricted to the Monday & Tuesday.

From Trinidad and Tobago, Carnival spread to many other islands, where the tradition fused with the unique local cultures, such as salsa showcases on Antigua, and calypso in Dominica. Some celebrations have even moved off the Easter calendar and are celebrated in the late spring or summer.

In St. Vincent and the Grenadines, there is Vincy Mas, a carnival initially held in the days before Lent but now a summer celebration. Vincy Mas includes street festivals, calypso music, and steel drum performances, and most famously, Mardi Gras street parties and parades. It’s the same Carnival tradition but held at a different time.

In Martinique, travelers can check out Martinique Carnival, which takes place in the days leading up to Lent and consists of both local and tourist events. Particular to Martinique is the “King Carnival” celebration on Ash Wednesday that includes a massive bonfire in which King Vaval, “the king of Carnival,” is made out of reeds, wood, and other burnable material and then burned as an effigy in celebration.

In Haiti, locals and visitors alike can celebrate “Haitian Defile Kanaval,” one of the larger carnivals in the Caribbean islands that extends across multiple Haitian cities. This Carnival celebration takes its Fat Tuesday celebrations seriously, with feasts, costumes, music, and all kinds of frenzied fun.